What Happens?
Sick of the vicious reign of the rich and popular “Heathers,” Veronica teams up with new bad boy, JD, to blow up the school heirarchy.
tw: bullying, suicide, death, homophobia, mentions of eating disorders

The Verdict:
There has been just enough noise surrounding the remake of Heathers to get me interested in watching the original. I had heard a little bit about it – mostly in academic essays about women and their relationships with horror – so it has been on my radar for a little while. Thanks to a movie night with friends where a little murder and mayhem was exactly what we needed, I can now say that not only have I watched it, but I love it wholly and completely in all its ridiculousness. I think that I can safely say that Heathers is now one of my favourite girly horror movies, and is up there with Jennifer’s Body. I was hooked from the very first misty, dreamlike frame all the way to the most badass lighting of a cigarette I have ever seen. It definitely helps that I am a tragic bisexual and both Winona Ryder and Christian Slater are incredibly gorgeous. 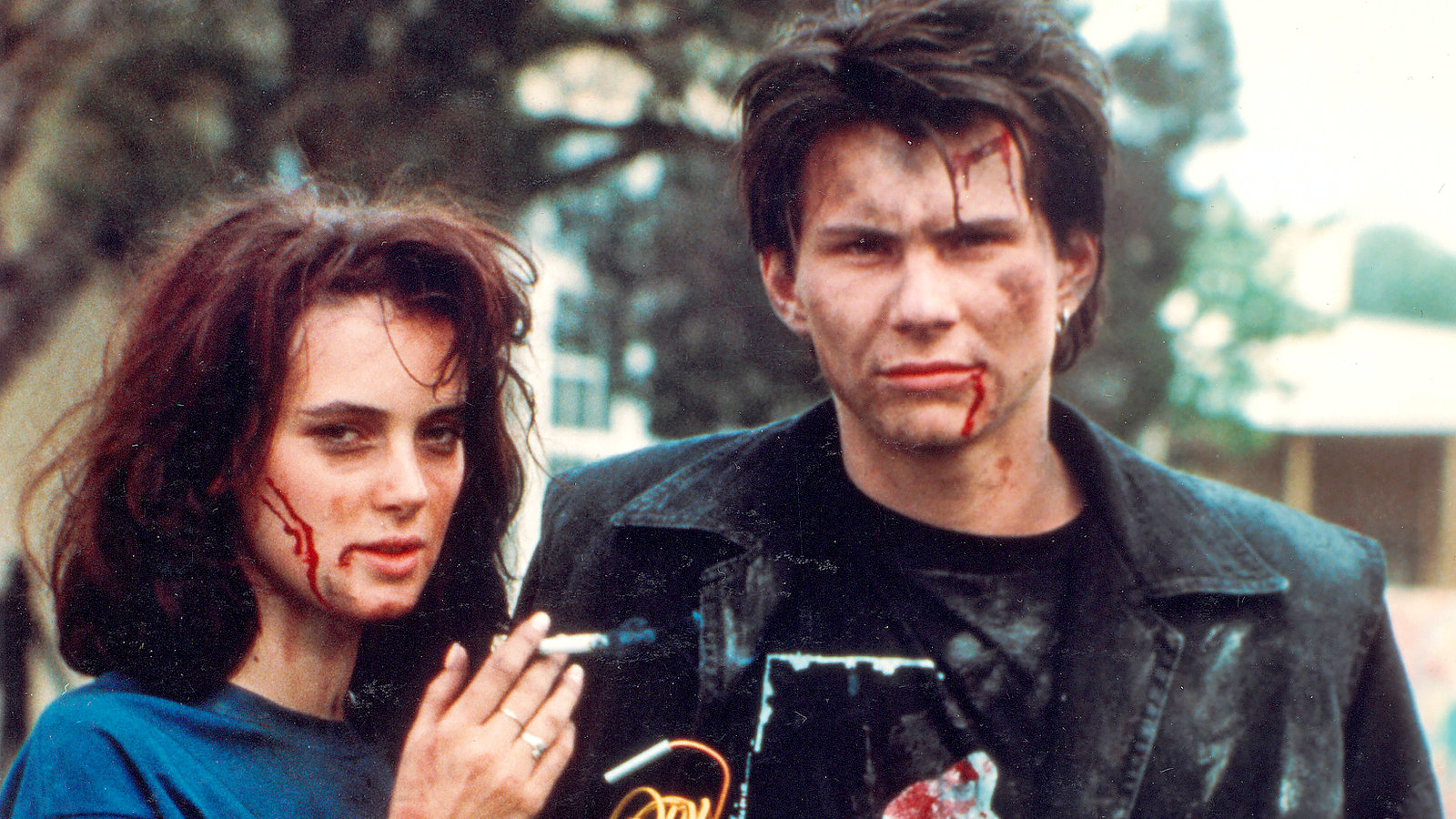 Additionally, the costuming for Heathers is on the next level. Each character has their own distinctive colour palette – the three Heathers are dressed in red, green and yellow, and Veronica in blacks, blues and purples.  With the rest of the world swathed in soft pastels, the girls stand out with their primary colours, sharp shoulder pads and angular frames. Lurking in the background is, of course, JD who is almost never seen without the oversized greatcoat that completely hides his frame… and anything else he might have in there.

One of the most joyous aspects of Heathers is its ridiculously quotable quotes – how many times have I said “I love my dead gay son” without realising where the phrase originated? But the best quote by far has to be when early on Heather Chandler very calmly asks Veronica “Well fuck me gently with a chainsaw, do I look like mother Theresa?” Spoken in a soft, southern lilt, Chandler’s character is instantly solidified – she may look like a preppy, gorgeous southern belle, but underneath her exterior lies your standard cold, hard, bitch of a queen bee.

Like most high school movies, Heathers is, at its heart, a film about what happens when bullying goes too far. It is a complex look at who has the right to judge others, and who has the authority to mete out justice. It is interesting however, that for there to be a gentler regime in the school (because there is no doubt that the school is still under a student dictatorship) a few deaths are necessary. But are they? We, as the audience, only start to see different sides to characters after they have been affected by the deaths of those they called their friends.

I spent so much of this movie cheering for one party or another – it really was a movie that I could get wholly invested in, and it really did make for some great movie night watching. I have also moved on to listening to the musical on my morning commute (it’s the perfect length) and I can say for sure that the music alone is just as good as the film, and I would kill to see it one day.

One thought on “Heathers”