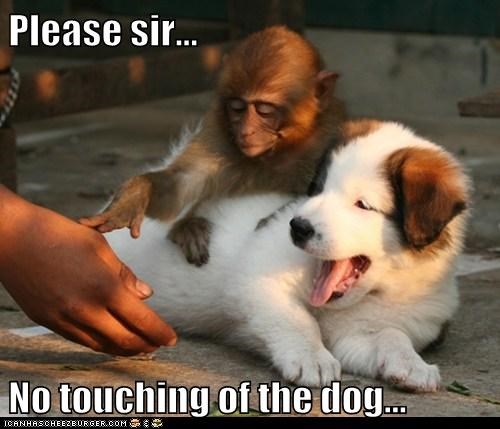 I am a tactile person. I like to touch and to be touched. I like firm hugs and holding hands. I am a firm advocate of non-romantic physical intimacy. I like having my head patted. I find touch comforting and soothing. Sometimes. Other times my skin will crawl from a friendly hug, and a casual touch will make me want to jump out of my skin and scrub myself clean. I have had panic attacks due to these touches, no matter how much I may have initially welcomed and consented to them. These days I find myself not shying away from only those touches which I initiate, or which come from people I am close to. Even then, where I was once free and giving with my energy, I have become reserved and wary, even the most casual of touches between new friends is for me quite a huge sign of trust.

This all falls apart if I drink of course. I am a friendly drunk, and after one or two drinks I will become just relaxed enough to sling arms around friend’s shoulders when I am talking to them. After a few more I will happily snuggle up to a person who I have just met but who seems nice and non-threatening. I am, to put it simply, a bit of a handsy drunk, but in a friendly way rather than a sexual way. Suddenly, the touch that I craved yet feared becomes just as comforting as a warm blanket on a winters day and I can’t quite get enough of it. It’s something that I feel like I miss out on in everyday life as I no longer feel comfortable seeking out physical touch on a regular basis, except in emergency circumstances, from those who are not among those closest to me – namely The GF, my parents or my closest three friends.

My anxiety around touch has made me aware of how other people also feel about it, but it also leads to overthinking and denying myself something that would be willingly exchanged if I just asked for it. I have decided to work on this. To find a middle ground where I’m not rampantly patting strangers’ hair but also where a casual brush doesn’t make me want to shriek, where I don’t have to think hard before initiating something as small as a pat on the shoulder. Recently I took a huge step towards this in finally deciding to see a Chiropractor about the almost constant anxious tension in my neck and shoulders. To truly explain how big a step this is let me emphasise – It takes several attempts and me steeling myself before I will allow a GP to feel under my neck for swollen lymph-nodes when I have a cold. While the stress involved in letting a stranger place their hands all over my back and neck nearly caused me to levitate off the table through muscle tension alone, I can’t help but feel that through this simple act I have already leapt so much further ahead than I expected.

Taking these tiny little baby steps makes it hard to realise how far I’ve come, but when I look back and really think about it, me last year wouldn’t have been able to do even this one thing. There’s always time to work on improving myself, and while sometimes I find it hard to genuinely like myself, I think I am able to say that I am very proud of how far I have come.