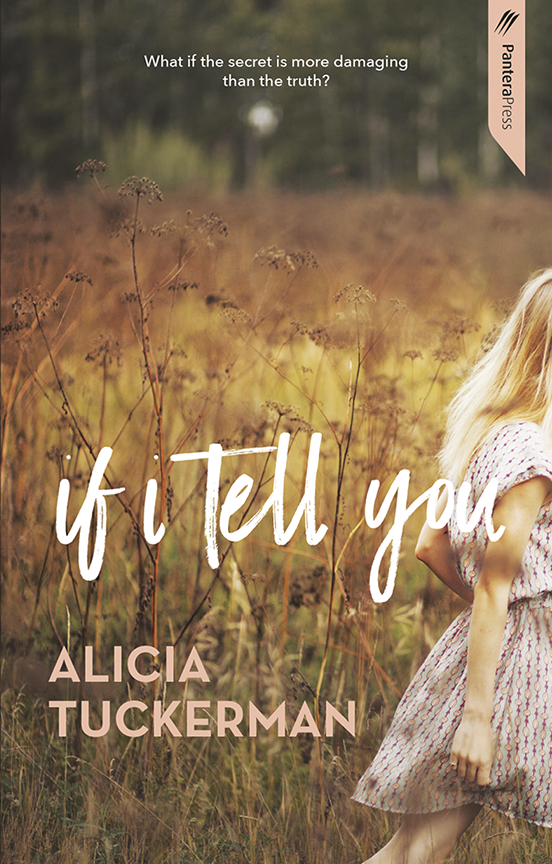 What Happens?
Alex lives in a rural town where everyone knows everyone but no one knows she’s a lesbian. Then a new family arrive with their out-and-proud daughter and Alex has a choice – stay quiet and miss out on an opportunity for love, or take a leap of faith and live true to herself, no matter the consequences.

The Verdict:
I loved this book so much right up until the final quarter. Then I was fuming. Then I was still angry but also crying a lot because I am a human capable of complex emotions.

I really liked the character development in If I Tell You. For the most part it felt very realistic and I felt a great deal of connection with the main character. It was also really nice to read something about rural Australia which really humanised the towns inhabitants without making them into caricatures. There was a lot of a familiar Aussie behaviour that I could appreciate, even with my suburban upbringing, and overall If I Tell You was just a pretty darn good read.

Now for the less fun, more rant-y part of this review.

This novel sucked me in with a fantastic tale of overcoming oppression to be your true self, and an absolutely adorable romance. Then it went all Nicholas Sparks/Jodie Picoult on me and killed a lesbian. I mean, seriously, I thought we were finally beyond all of this in YA fiction. I don’t expect the first person you fall in love with to be your one and only for the rest of your life but that doesn’t mean you have to kill them in order to make other opportunities possible. There was literally nothing gained by killing off Phoenix. There are so many more creative things that could have happened without playing along with such an over-used and outdated trope. There was a set-up for a spain trip that never happened, which I never expected to happen but this could have been because of something else. Hell, it might have been more interesting if Alex and Phoenix just straight up broke up because they were at different points in their lives, there’s nothing wrong with that. I’m not saying I wanted them to break up, because hell, I think they’re adorable and I cried when they got married, but for me their relationship wasn’t the main emotive force behind this novel. My reaction to Alex’s relationship with her mother was a lot stronger for me. I didn’t cry when Phoenix was dying or when they got married, but you better believe I cried when Alex’s mum said “You didn’t come home for Christmas.” I wasn’t even expecting to. The thing is that the relationship between Alex and Phoenix was a fairly standard relationship with a manic pixie dream girl, but Alex’s relationships with her friends and family were extremely complex and nuanced. I’m not saying I didn’t want the romance or even that I didn’t like it, I love me a good wlw romance where girls support each other in the face of adversity, but YOU CAN CREATE TENSION WITHOUT KILLING A GAY. Death is not the only way to create drama or emotion, and in the end, in the face of all the other things going on in the novel, Phoenix dying became just another thing. At the end of it, she didn’t feel like a person but a magical fairy that fluttered into Alex’s life, taught her how to “live”, and then buggered off again.

I did genuinely love If I Tell You, for all that I found it rather problematic in the end. I thought the writing was fantastic, and if my only problem with the novel was that a lesbian was killed, then I think it’s still a pretty OK story. Even if killing a lesbian is a pretty big no-no for me.

I’m nearly 3/4 through the last book in this series and trying to decide if it’s worth appeasing the completionist in me and continuing the slog. Being an old fantasy series I thought I was prepared for the racism but the last book really ups the ante - complete with actual black face and whole paragraphs about how complacent and “dull-witted” the asian-coded race is. Sometimes it’s easy to just kind of roll your eyes with some of the classic fantasy series’ but I’m reaching my limit... maybe I should just go straight into my planned reread of Akwaeke Emezi’s Freshwater.
Its gonna be a cozy day ☕️
Im going full comfort-read 🥰
I could have sworn I’d already posted these but... anyway I’m nearly finished a conjuring of light and OH BOY has it been a time!
New month new books to read
I love takarazuka (tha japanese all-women theatre group), so I was very excited about this manga featuring an all-girls theatre school. It’s been a while since I’ve read any manga too so let’s get back in the habit! 💪
Loading Comments...
Comment
×
%d bloggers like this: